Last summer the FAA changed the guidance for recreational use of unmanned aircraft systems.  The guidance which had been around since the 1980’s changed.  So the FAA upgraded their Model Aircraft Operating Standards from AC 91-57 to AC 91-57A.  Now there’s the latest version with Change 1. Why?

There was a typographical error concerning the need to get approval from an airport’s operator (the airport manager in most cases) and air traffic control tower management, if the airport has a control tower, in advance of a flight within 5 statute miles. The update didn’t quite state the FAA’s interpretation from Public Law 112-95, The FAA Modernization and Reform Act of 2012.  It’s a small change but a potentially big impact.

To read the change yourself, click on the link below: 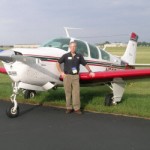 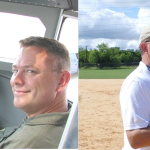 Last summer the FAA changed the guidance for recreational … END_OF_DOCUMENT_TOKEN_TO_BE_REPLACED